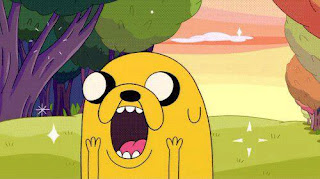 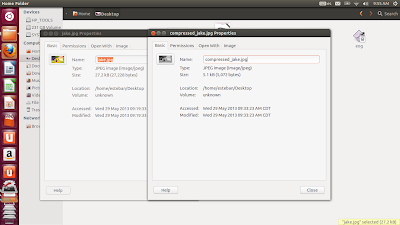 INTRODUCTION
One's repertoire of antibodies encodes the history of one's past immunological experience. Can the present autoantibody repertoire be consulted to predict  susceptibility to a future disease?  In this article, an antigen microarray chip is developed and bioinformatic analysis is used to study a model of type 1 diabetes developing in nonobese diabetic male mice in which the disease was accelerated and synchronized injecting cyclophosphamide at 4 weeks of age. Sera was obtained, the mice were treated to induce cyclophosphamide-accelerated diabetes (CAD), here 9 mice became severely diabetic, whereas 10 mice permanently resisted diabetes.

Male mice of the nonobese diabetic (NOD) group develop type 1 diabetes at a low incidence and late age. However, the start of diabetes can be significantly accelerated and synchronized by exposing NOD mice to cyclophosphamide. So, the CAD model of type 1 diabetes gives an opportunity to test whether the global autoantibody repertoire might reflect susceptibility to CAD in still healthy mice, before the cyclophosphamide insult is administered.

Recently, microarray antigen chips have been used to detect high-titer autoantibodies to known antigens in autoimmune diseases. However, rather than focusing only on known antigens, here some  individual immune systems are profiled by their global patterns of autoantibodies free of bias for high-titer reactivities to particular antigens.

MATERIALS AND METHODS
Mice. Male NOD (non-obese diabetic) mice were raised an maintained under pathogen-free conditions. The mice were 4 weeks old at the start of the experiments. Nineteen mice were studied individually.

CAD. Diabetes was accelerated and synchronized by two injections of cyclophosphamide at 4 weeks of age, and again, 1 week later. In the colony, this treatment of NOD males leads of an incidence of diabetes of approximately 50%. The mice developing diabetes go on to die unless they are treated with insulin; those males that do not develop diabetes within 1 month after two injections of cyclophosphamide do not become diabetic later in life.

The next image is a schematic repersentation of the protocol.

Diabetes
Blood glucose was measured weekly. A mouse was considered diabetic when its blood glucose concentration was >13 mM on two consecutive examinations. Of the 19 mice treated, 9 developed diabetes, and 10 remained healthy throughout a 2-month period.

Serum
Serum samples were collected 1 day before the first injection of cyclophosphamide and 1 month after the second injection.

Antigens
The 266 antigens spotted on the microarray chips include proteins, synthetic peptides, nucleotides, and phospholipid.

Image and Data Processing.
The pixels that comprised each spot in the TIFF files and the local background were identified by using histogram segmentation. The intensity of each spot and its local background were calculated as the mean of the corresponding pixel intensities. None of the spots containing antigens showed saturation. Technically faulty spots were identified by visual inspection and were removed from the data set. For each spot, the local background intensity was subtracted from the spot intensity. Spots with negative intensities were removed from the data set. A log-base-2 transformation of the intensities resulted in reasonably constant variability at all intensity levels. The log intensity of each antigen was calculated as the mean of the log intensities of the replicates on each slide. The coefficient of variability between replicates on each array was ≈30%.

Selection of Informative Antigens for Pre-CAD Mice
There have been reported previously that coupled two-way clustering (CTWC) could be used to successfully separate human subjects already diabetic from healthy persons. How ever different approach was taken. Based on the sera taken before cyclophosphamide treatment, there have been listed the 27 antigens that separated best between the sera of the 10 mice that later resisted the induction of CAD, and of the 9 mice that later developed CAD.

Above figure Left is the two-way SPC of these antigens. The filled rectangles at the top of the box are the mice susceptible to CAD induction; empty rectangles are mice resistant to CAD induction. The 27 antigens are clustered at the rows and are identified by number. It can be seen that all 9 mice that were found later to be susceptible to CAD could be separated from 8 of the 10 mice that were later found to resist CAD.


Selection of Informative Antigens for Post-CAD Mice.
Then, 27 antigens were used effective in pre-CAD clustering to analyze the patterns of IgG antibodies developing in the diabetic and healthy mice post-CAD. These 27 antigens failed to discriminate between the two groups of mice. A third set of 27 antigens was generated by performing the Wilcoxon rank-sum test on the ratios by which each antigen changed post-CAD/pre-CAD. The ratios provide information on reactivity changes toward the antigen.

Figures B and C show that previously mentioned antigens could indeed separate between the healthy and diabetic mice post-CAD. Thus, the IgG repertoires of the pre- and post-CAD groups of healthy and sick mice could be clustered, but the informative patterns of reactivity required modified sets of antigens to develop discriminating patterns.

The antigen microarray chip described in this paper required much preliminary work to obtain consistent results. Patterns of IgM antibodies were analyzed before and after CAD.

The article show that the patterns of IgG antibodies expressed pre-CAD in male NOD mice can mark susceptibility or resistance to CAD induced later. There were also found patterns of IgG antibodies characteristic of healthy or diabetic mice post-CAD, but these patterns required sets of antigens that differed from the informative pre-CAD set. Thus, IgG reactivities to some antigens may mark future susceptibility to CAD, but not CAD itself, once the disease emerges, and conversely, some IgG reactivities may mark the disease but not the susceptibility. Hence, prediction of future disease and diagnosis of present disease can depend on different data sets of information, at least in the CAD model.
Another notable finding was that health, both pre- and post-CAD, was associated with relatively high IgG autoreactivity to self-antigens, to which the susceptible mice were low IgG responders. Thus, some types of active autoimmunity may actually protect against autoimmune disease.
However, environmental factors can also prevent the development of type 1 diabetes. Stimulation of the NOD mouse immune system by infection, by vaccination with microbial antigens, or by treatment with ligands that activate innate immune receptors, can prevent diabetes. Type 1 diabetes appears in very young people, so critical aspects of autoimmune organization must occur fairly early in one's lifetime. The results of this bioinformatic study would suggest that, some organized patterns of IgG autoantibodies are shared by groups of individuals, at least among NOD mice.
The bioinformatic analysis described here relates to two separate, but linked issues: predictive medicine by means of functional immunomics and the biological meaning of the autoimmune repertoire.

The present study investigated patterns of antibodies, but not their function in the disease process. Nevertheless, the list of informative antigens may be connected to other observations regarding the pathophysiology of type 1 diabetes.

The mammalian immune system, in addition to its well studied role in defending the body against foreign invaders, is now understood to be heavily involved in maintaining the integrity of the body from within; immune system cells and molecules, which comprise the inflammatory response, are key factors in wound healing, neuroprotection, connective tissue formation, angiogenesis, tissue morphology and regeneration, and waste disposal. To dispense reparative inflammation at the right sites and occasions, the immune system has to assess the state of the body on the fly. In this respect, the immune system acts as it were the body's onboard bioinformatic computer. If so, predictive medicine would do well to mine this immune information, as this article suggests it might.

1. Microarray (Found in this bioinformatics article)

An antigen microarray chip was developed and used bioinformatic analysis to study a model of type 1 diabetes...

3. Relative
We have a memoryless channel with input alphabet A = {a1,...,an}, output alphabet B = {b1,...,bk}, and transition probabilities qij. For i ∈ {1,...,n}, let pi denote the relative frequency of transmission, or input frequency, of the input character ai.

4. Audio
Imagine a signal, that is, a function h of time t. It it’s helpful, you can think of h as an audio signal, i.e., a voltage level, ﬂuctuating with time

5. Stream
Nevertheless, we shall hold to the simplifying assumption that pi, the proportion of ai’s in the input text, is also the probability that the next letter is ai, at any point in the input stream.

6. Knowledge
There is a body of knowledge related to the Implicit Function Theorem in the calculus of functions of several variables that provides an answer of sorts.

7. Missing
The smoothing procedure sometimes makes good guesses about the missing data, but it cannot recover the original information.

9. Alignment
The code string is shifted by the same amount in order to maintain alignment.

10. Transformation
The transformation x → 2x −1/2 doubles the directed distance from x to 1/2; call it the “doubling expansion around 1/2” if you like.

12. Uniform
It has been generally assumed that the relative source frequencies are equal, and the dazzling algebraic methods used to produce great coding and decoding under these assumptions automatically produce a sort of uniformity that makes p0 and p1 equal or trivially close to 1/2.

13. Optimal
Furthermore, if p1,..., pn are optimal input frequencies satisfying these equations, for some value of C, then C is the channel capacity.

16. Rate
The code words would have to be quite long, so that the rate of processing of source text would be quite slow...

17. Arbitrary
If, for some reason, we require the M in the WNC algorithm to be small, we
may allow rough and arbitrary approximation of the relative source frequencies.

20. Noisy
Shannon’s Noisy Channel theorem applies to a more general sort of source, one which emits source letters, but not necessarily randomly and independently

21. Ambiguous
The code determined by φ is said to be unambiguous if and only if φ is one-to-one (injective). Otherwise, the code is ambiguous.

22. Code
The code determined by φ is uniquely decodable if and only if it is unam-biguous and there exists a VDR for it.

AND FROM THE PREVIOUS GAME:
23. Bitwise
In addition, a number of the steps in the scheme can be managed as simple bitwise operations.

24. Finite
Therefore, we will allow ourselves the convenience of sometimes attributing the SPP to finite sets of binary words. 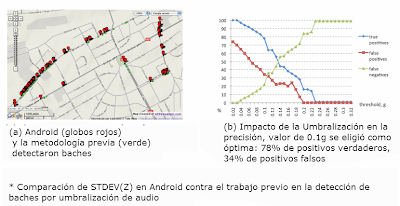 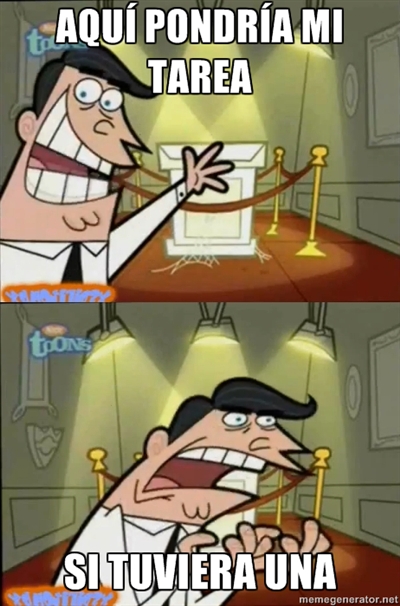 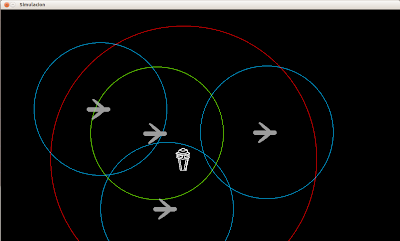 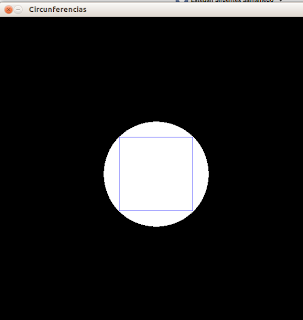 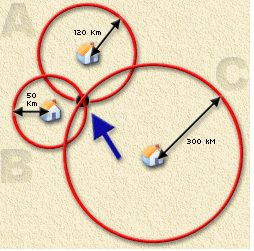